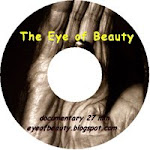 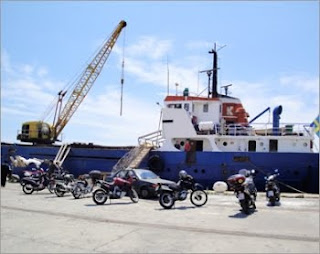 Brussels, May 29, (Pal Telegraph) The European Campaign to End the Siege on Gaza", Brussels-based , praised the invitations issued by the Secretary of State in the European Union and the French government, on ending the siege imposed on Gaza and allowing the entry of the...
freedom fleet which is carrying humanitarian aid to Gaza.
Anwar Gharbi, a member of the European Campaign, one of the founders of the freedom fleet’s coalition said: “While we praise these positions, but such claims need practical actions to protect the fleet of "Freedom", which carries on board more than seven hundred and fifty people in solidarity with Palestine, many of them are European Union parliamentarians and peace activists. Gharbi confirmed in a press statement today, that:" In case the Israeli side complies its threat and the seizure of the fleet of "Freedom", and the magnitude of the humanitarian assistance which is estimated at about 10 thousand tons, and arrested hundreds of peace activists on board the fleet; the positions issued by the European Union and France will be just empty talk of no content.”
The member of the "European campaign to End the siege on Gaza," stressed that: "the real test of attitudes and decisions issued by the United Nations and the European Union regarding the siege imposed on Gaza for the fourth consecutive year; is ending of the embargo in a practical way, through pressure on the Israeli side to force them to end the blockade and allow the entry of building materials for the reconstruction of the strip, which saw considerable destruction during the recent aggression on Gaza.”
The Secretary of State in the European Union, Catherine Ashton, called on Saturday upon immediate ending to the Israeli siege on the Gaza Strip, and said in a statement: “The policy of ongoing closures is unacceptable and counterproductive in political terms. We would like to renew our call for the EU to call for the immediate, permanent and unconditional opening of the crossings in order to allow the flow of humanitarian aid and commercial goods, in addition to the passage of persons to and from Gaza.”
On its part; France called Tel Aviv to quickly to end the siege on Gaza pursuant to the United Nations’ desicion, seven ships loaded with aid are preparing to go to the Palestinian sector, according to an announcement by the French Foreign Ministry.
The fleet of “Freedom” consists of seven ships which are: A cargo ship funded by Kuwait raising the flag of Turkey and Kuwait, A cargo ship funded by Algeria, and a cargo ship funded by Europe from Sweden and Greece, and 4 vessels to transport passengers; one of the boats is named "boat 8000" taking after the number of Palestinian prisoners in Israeli jails.
The fleet settled with carrying 750 participants from more than 60 countries, although it had received dozens of requests for participation. Meanwhile 44 governmental, parliamentary, political, European, and Arab officials will be among the participants in the fleet, including ten Algerian MEPs.
The ships of the fleet also carry more than 10 thousand tons of medical supplies, building materials, timber, 100 prefab houses to shelter tens of thousands of people who lost their homes during the Israeli war on Gaza in early 2009, it also carries 500 electric vehicles for the handicapped, especially since the recent war that left nearly 600 disabled people in Gaza.
ECESG
Αναρτήθηκε από ellinopalestiniaki filia στις 1:36 μ.μ.